The downstairs floor (Kitchen, new dining room and downstairs hall and loo) is nearly all painted and finally got round to posting some proper "before and afters"! 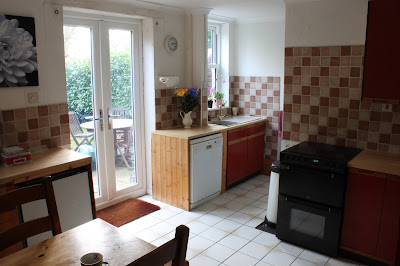 BEFORE - the old wall was cutting the kitchen in half and stopping
it from realising its true potential! 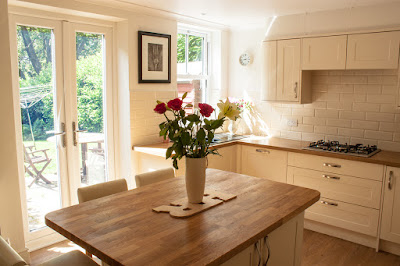 AFTER - Bright, airy and bigger with a central island around which life seems to centre! 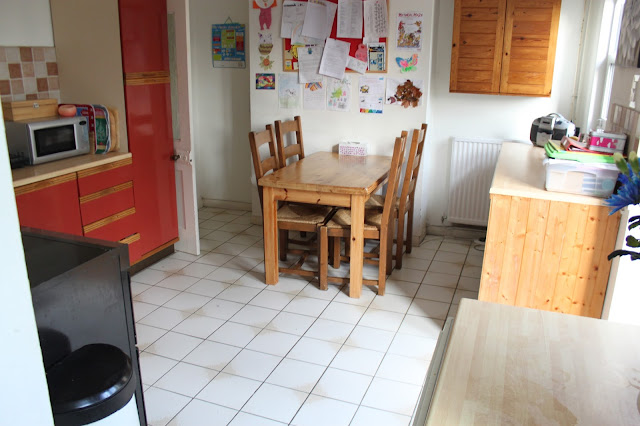 BEFORE - the cupboard against the door and table made the kitchen entrance uncomfortably cramped. 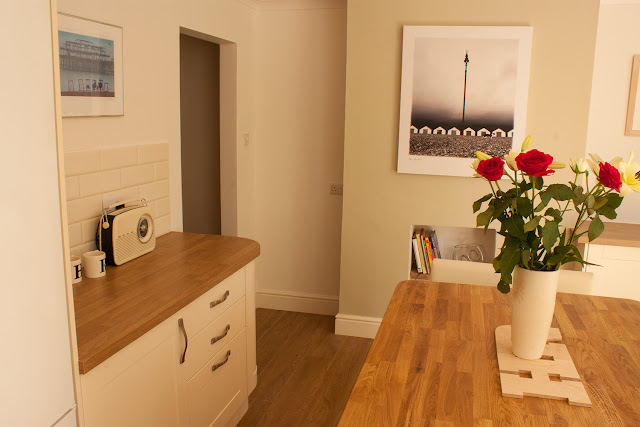 AFTER - Removing the door and door frame and adding rounded corner units to the entrance all open up the space and help create a walk through to the new dining room next door. 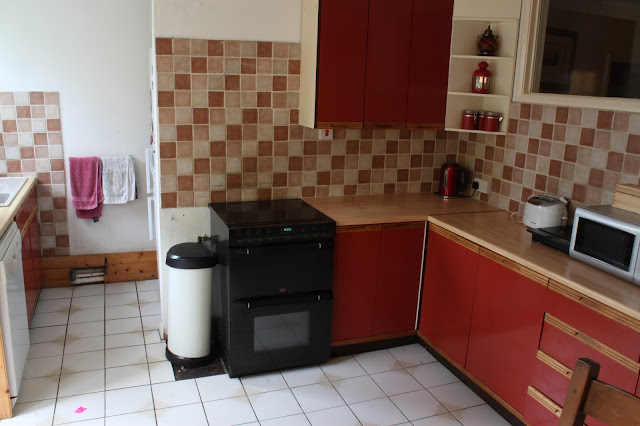 BEFORE - the old wall and the window into the stairwell forced the dark units to encroach into the room. 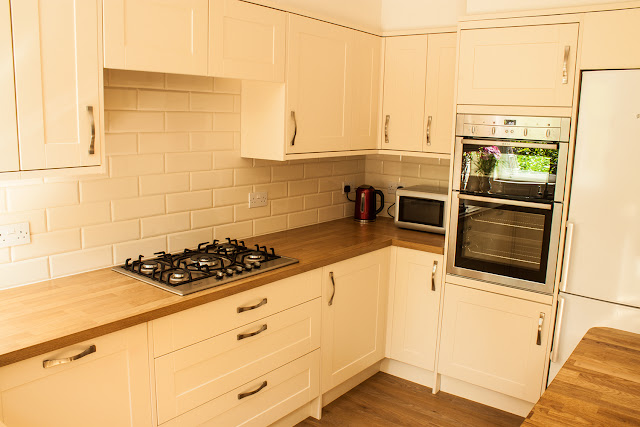 AFTER - By removing the wall and blocking in the window into the stairwell, all the units are now against the outer walls of the kitchen and it all feels so much bigger!